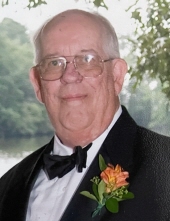 Gary worked for many years as a computer programmer for both Ohio Savings Bank and Eaton Corporation. He was a member of Sigma Alpha Epsilon Fraternity at Case and Western Reserve Universities.

He leaves behind daughter; Valerie Grover; sons, Charles and Gary “Will” Grover. He was preceded in death by his wife, Mary Grace; his parents; and brother, Donald Grover.

Friends and family will be received 2-4 pm Tuesday, August 31, 2021 at Behm Family Funeral Home, 26 River Street in Madison with a Service immediately following at 4 pm. Final Resting place will be North Madison Cemetery.

To leave a condolence, you can first sign into Facebook or fill out the below form with your name and email. [fbl_login_button redirect="https://behmfuneral.com/obituary/gary-w-grover/?modal=light-candle" hide_if_logged="" size="medium" type="login_with" show_face="true"]
×