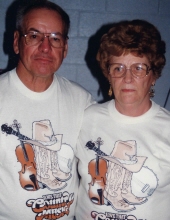 Donald Mansfield, Sr., age 87, of Madison, Ohio, passed away Saturday, November 30, 2019 at UH Geneva Hospital. He was born January 10, 1932 in Bristolville, Ohio, the son of Hazel (Easton) and Ed Mansfield. He was a U.S. Marine Corps veteran.
Donald married JoAnn (Farrell) who passed away in 2005. He enjoyed a long career working as a truck driver for Osborne Concrete and Stone. He also took great pride in working for his son at his business. He enjoyed time spent with family and friends.
He is survived by his sons, Donald Mansfield Jr., Wayne Mansfield; daughter Lisa Henry; 5 grandchildren and sister, Aileene Brandt.
He was preceded in death by his wife, JoAnn Mansfield; son, Robert Mansfield; daughter, Donna Harvey, and grandson, Michael Henry.
A Memorial Service will be held for Donald at 2:00 p.m. on Friday, December 6, 2019 at the Behm Family Funeral Home, 26 River Street, Madison, Ohio. Pastor Mark Winner from Cornerstone Church in Madison will be officiating. A reception will be held, immediately following the service at Grand River Cellars, Madison. Final resting place will be Perry Cemetery.
Online obituary and guest book at www.behmfuneral.com.

To leave a condolence, you can first sign into Facebook or fill out the below form with your name and email. [fbl_login_button redirect="https://behmfuneral.com/obituary/donald-mansfield/?modal=light-candle" hide_if_logged="" size="medium" type="login_with" show_face="true"]
×