A 1943 Graduate of West Tech High School David served in the U.S. Army and served in USAF. David worked as a Train Dispatcher for New York Central and also in sales for AGA-GAS for many years. He was a member of Madison Lodge #307 F & AM. The Madison VFW and Cooties. He also enjoyed riding his Harley, gardening, and ceramic painting. He was member of Chapel United Methodist Church and a proud active member of the Madison Community Honor’s Team.

Funeral Service will be held at 11:00an on Monday, June 1, 2015 at the funeral home with Rev. William Alvey officiating. Internment with full military honors will immediately follow at Western Reserve Memorial Garden in Chesterland. 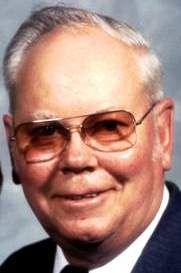 To leave a condolence, you can first sign into Facebook or fill out the below form with your name and email. [fbl_login_button redirect="https://behmfuneral.com/obituary/david-j-vandame/?obId=2520748?modal=light-candle" hide_if_logged="" size="medium" type="login_with" show_face="true"]
×