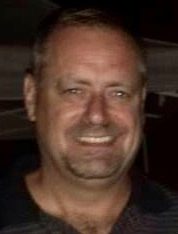 David Allen Scouten, age 58 of Madison, passed away peacefully at his home on the morning of December 24, 2022.  Born on August 25, 1964 in Gallipolis, Ohio he was the son of Charles and Norma (Corbin) Scouten.  He married Kristine L. (Reichard) Dotson in Gallipolis on November 2, 2002. Recently and lovingly they celebrated their 20th Anniversary.

Dave worked as a Stationary Steam Engineer at the Kyger Creek Power Plant for many years. He also retired as a Captain of the Gallipolis Fire Department after 20 years of faithful service.

In 2005 Dave and Krissie moved to northeast Ohio. Dave was a very hard and dedicated worker in every project or career he chose. Following in his Uncle’s footsteps, he started at Bob Evans in Rio Grande as a teen. Later he would be a store assistant manager in the Mentor and Chardon stores.

He had many loves, beside his family and friends, some being, woodworking, farming, home renovation, and baking (especially his famous pumpkin rolls and homemade pies).

A Celebration of Life for Dave will take place at a later date. Behm Family Funeral Home of Madison is assisting the family.  Online obituary and condolences may be viewed at www.behmfuneral.com

To leave a condolence, you can first sign into Facebook or fill out the below form with your name and email. [fbl_login_button redirect="https://behmfuneral.com/obituary/david-allen-scouten/?modal=light-candle" hide_if_logged="" size="medium" type="login_with" show_face="true"]
×