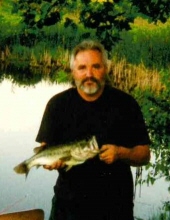 Dale was a Giant of a man, “just like a big teddy bear” and was a very loving and tender man. He was at his Happiest and Jolliest playing Santa Clause. He also loved to play golf and tell stories and loved hearing old stories. He worked at Hubble until it closed and then worked at Spring Team until his retirement.

To leave a condolence, you can first sign into Facebook or fill out the below form with your name and email. [fbl_login_button redirect="https://behmfuneral.com/obituary/dale-schupska/?modal=light-candle" hide_if_logged="" size="medium" type="login_with" show_face="true"]
×