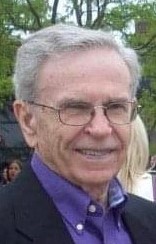 Charles “Chuck” A. Allds, age 84, of Madison, passed away Tuesday, January 3, 2023 at TriPoint Medical Center, surrounded by his loved ones. He was born February 13, 1938 in Painesville, the son of Helen (Merkosky) and Charles Allds. He married Deann Rose Kirschstein on April 6, 1963 in Chicago, IL.

Chuck served in the U.S. Army Reserves. He worked at Kennametal for over 31 years as a customer support specialist. He was very artistic and enjoyed woodcarving, woodburning, painting and taking pictures. In his younger years, he enjoyed golfing and bowling, but most of all he enjoyed the time spent with family.

A Celebration of Life Service will be held at a later date. Behm Family Funeral Home of Madison is assisting the family. Online obituary and condolences may be viewed at www.behmfuneral.com

To leave a condolence, you can first sign into Facebook or fill out the below form with your name and email. [fbl_login_button redirect="https://behmfuneral.com/obituary/chuck-a-allds/?modal=light-candle" hide_if_logged="" size="medium" type="login_with" show_face="true"]
×