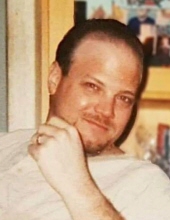 Charles W. Smith, age 51, of Geneva, Ohio passed away late in the night on Thursday, April 18th, 2019. Diagnosed with melanoma in 2017, his condition worsened in December and rapidly deteriorated in his final few days.

Charles was born June 23, 1967 to Blanche and Robert Smith in Baltimore, MD. He graduated from Parkville High School in 1985 and would later go on to attend some college, though not until mid-life. Charles moved to Ohio with his wife, Erica J. Tibbens, in 1996, later having a son in April of 1997, Alexander C. Smith. In his time in Ohio, he worked in various manufacturing jobs.

He was preceded in death by his father, Robert Smith. He is survived by his ex-wife, Erica Tibbens, ex-mother-in-law Michele Tibbens, son Alexander Smith, and family in Maryland, including his mother Blanche Smith, siblings April Smith-Schmitt, Margo Smith, and Robert Smith.

Charles will be remembered as a loving father and missed deeply by his family.

Small private services are being held with family, with anything further to be determined.

To leave a condolence, you can first sign into Facebook or fill out the below form with your name and email. [fbl_login_button redirect="https://behmfuneral.com/obituary/charles-w-smith/?modal=light-candle" hide_if_logged="" size="medium" type="login_with" show_face="true"]
×