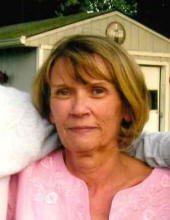 Carolyn Suzanne Tanner (nee Cole) was born in Columbus Ohio on December 2, 1947 and passed away on April 27, 2021. She grew up in Strongsville as the daughter of a lawyer father (Francis) and a Jeopardy enthusiast mother (Helen).

She was a Nana, a Mom, and a friend. She was strong; she carried big crab-laden trays at Pickle Bills better than most of us 20 years her junior. She was sassy; she’d grin at you while beating you at cards. She was sweet; she would do anything for her beloved grandchildren, Heather, Camrynn, Cole, and Evan; they were the true loves of her life. She was an amazing baker, turning out dozens and dozens of cookies every year at Christmas (thanks for those extra calories). Her chocolate peanut butter pie was legendary, and her cheesecake was second to none. She was a gardener, she loved planting flowers in the spring and growing tomatoes. She loved the beach, the sun, pasta, pineapple yogurt (who knew), coffee, and meals shared with friends. She was fiercely loyal to her family, especially her sons, and loved laughing with her friends. She will be greatly missed.

Carolyn is survived by her sons, Tommy (Amy) and Ben and their father Tom, grandchildren (Heather, Camrynn, Cole, and Evan), and brothers Michael (Ying) and Eddy. She was preceded in death by her son Todd and parents (Francis and Helen Cole).

A Celebration of Life will be announced at a later date. Behm’s Family Funeral Home of Madison is assisting the family. The family is suggesting donations to the Hospice of the Western Reserve the angels who helped care for her in the last few weeks, PO Box 72101, Cleveland, Ohio 44192.

To leave a condolence, you can first sign into Facebook or fill out the below form with your name and email. [fbl_login_button redirect="https://behmfuneral.com/obituary/carolyn-suzanne-tanner/?modal=light-candle" hide_if_logged="" size="medium" type="login_with" show_face="true"]
×