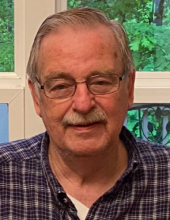 August LeRoy Link, age 87 of Loudon, TN, passed away Thursday, May 5, 2022, at the Parkwest Medical Center after a lengthy illness. Gus was born on March 21, 1935, in St. Louis. He was a veteran of the United States Army Reserve. Gus and his three brothers received their Bachelor of Science degrees from the University of Missouri School of Mines and Metallurgy. After receiving his bachelor’s degree in Mechanical Engineering, Gus went on to receive his MBA and served as Plant Manager for several companies, including Corhart, Anchor Hocking, and Lancaster Colony. Gus enjoyed spending time with his grandchildren, reading, golfing, and boating. In retirement, he relocated to the Tellico Village Community of Loudon, where he was a member of the Lions Club and an active member of the Loudon County Senior Center, where he would often be found playing cards with his wife and friends or dancing with an employee. Gus really enjoyed life and loved to laugh.

A graveside service to honor and remember Gus will be held 11 AM Saturday, July 16th in Trumbull Cemetery in Geneva, Ohio. Condolences may be left online at mcgillclick.com. In lieu of flowers, donations may be made to the Tellico Village Lions Club, PO Box 872, Loudon, TN 37774.

To leave a condolence, you can first sign into Facebook or fill out the below form with your name and email. [fbl_login_button redirect="https://behmfuneral.com/obituary/august-leroy-link/?modal=light-candle" hide_if_logged="" size="medium" type="login_with" show_face="true"]
×