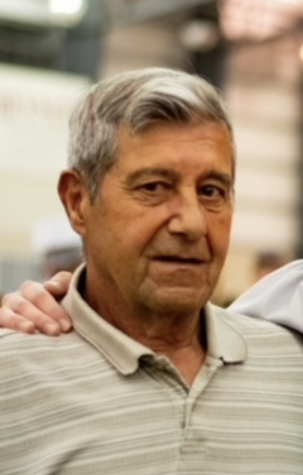 Many northeastern Ohio locals will remember Arnie as an owner and driver of “Pappy’s Pedaler”, a race car which was a regular competitor at Thompson Drag Raceway in the 1960’s and 1970’s.

Arnold “Arnie” R. Scoville, age 84, of Geneva, passed away peacefully on Tuesday, May 17, 2022 at his home with his family by his side. He was born October 6, 1937 in Ashtabula, the son of LaVera Garnet (Hulse) and Aubrey Thomas Scoville. He married Patricia Quick on December 24, 1975 in Geneva.

Arnie served as a tank mechanic in the US Army from 1961 to 1967. He retired from Nova Chemical in Painesville where he worked as a mechanic, welder and pipefitter.

Private family services will take place. Final resting place will be Fairview Cemetery. Online obituary and condolences may be viewed at www.behmfuneral.com.

To leave a condolence, you can first sign into Facebook or fill out the below form with your name and email. [fbl_login_button redirect="https://behmfuneral.com/obituary/arnold-r-scoville/?modal=light-candle" hide_if_logged="" size="medium" type="login_with" show_face="true"]
×