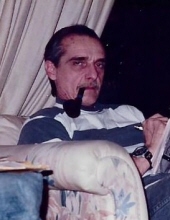 Anthony James Zala, Jr. passed away peacefully on Friday, February 26, 2021. He lived his life fully and on his own terms for 79 years, which included how he chose to spend his final weeks and days – at the home he loved in Geneva-on-the-Lake, at peace, and in the care and company of the people he most treasured.

Tony was born on December 8, 1941, in Cleveland, Ohio, the only son of the late Anthony J. Zala, Sr. and Jennie F. (Cermelj) Zala. His interests and accomplishments were numerous and diverse. He served in the United States Coast Guard. He was a gifted educator who shaped the lives of countless students over his thirty-year career as a High School Special Education Teacher.

Following his retirement from the Geneva Area City Schools, Tony immersed himself in civic efforts to improve the Geneva-on-the-Lake community. As a GOTL Kiwanis Club officer, Tony spearheaded the annual Fireworks and Easter Egg Hunt. Together with his dear friends Marge and Anthony, they founded the annual Lake Erie Monster Crawl to support local businesses along the GOTL strip. He served as past President of the GOTL Convention and Visitors Bureau, receiving the organization’s “Citizen of the Year” award in 2015. This summer’s Fourth of July Fireworks Celebration was dedicated to Tony, in honor of his life and tireless efforts on behalf of his GOTL community.

Tony was also a much-loved local business owner, bringing joy and summer fun to a loyal following of seasonal lodgers at his AJ’s Cottages. Members of Tony’s family remember “calling dibs” on which cottage they would stay in over many Thanksgiving and Christmas trips. The snow off Lake Erie only made the wintry trek from the cottages to Tony’s house across the street even more magical. And you could always count on Tony to have a big pot of coffee ready to warm you up.
Family was a vital part of Tony’s life. Following his father’s passing in 1992, Tony became the Zala family patriarch, and with that, the keeper of many long-held traditions. The annual Clambake, which began in Maple Heights with Tony Sr. at the helm, continued uninterrupted with Tony Jr. taking the reins. Tony would carry the big, heavy pots of water, keep the fires burning and act as chief “clam and corn chef” each year. He was also the “Keeper of the Grinder” – the piece of equipment needed to grind the meat for the annual sausage parties – as was his father before him. Tony would tote this heavy piece of equipment to wherever the party was being held that year. The grinder has since been passed on, but through his hard work over the years, Tony did his part to keep these valued family traditions alive.

Tony was blessed to have had two significant relationships in his life. Phyllis (Duffy) Zala, with whom he shared many years of marriage and the farm in Jefferson, was essential in caring for Tony as his life ebbed. In his last days, Tony shared that Phyllis had the “heart of an angel” – a sentiment that Tony’s grateful family could not agree with more.

Tony shared thirty years of his life with Margaret “Peggy” Adams. Tony was Peggy’s life-partner, as well as her compassionate and dedicated caregiver as her battle with MS progressed. Tony was a constant presence with Peggy during the last days of her life, even driving in blizzard conditions from GOTL to Cleveland Clinic to be at her side. It was through this relationship that Tony gained a stepdaughter, Stephanie (Christopher) Brown, and became “Grandpa Tony” to his cherished grandchildren, Aiden, Elise, Harper, and Olivia.

In addition to Stephanie, Chris and the grandchildren, Tony is survived by his beloved sisters, Judith Zala and Janet (Peter) Glasz, nieces Jill and Dory, nephew Kenny, and numerous extended family and friends.

Please share your photos and memories on Tony’s Tribute Wall and view the full obituary at: https://www.behmfuneral.com/obituaries/Anthony-James-Zala-Jr?obId=20100509#/obituaryInfo

To leave a condolence, you can first sign into Facebook or fill out the below form with your name and email. [fbl_login_button redirect="https://behmfuneral.com/obituary/anthony-james-zala-jr/?modal=light-candle" hide_if_logged="" size="medium" type="login_with" show_face="true"]
×