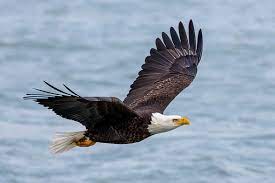 “A limb has fallen from our family tree, that says grieve not for me.  Remember the best times, for the laughter, the song, the good life I lived while I was strong.”

Roger was a stubborn and strong man, who never let any obstacle get in his way.  He contracted Rheumatoid Arthritis at an early age of 12.  Despite living every day in pain, he hid it well and thrived until his final days. He worked as a machinist until he retired in the late 1980s. He enjoyed tinkering in his garage on cars, old televisions, radios, and could fix almost anything that was broken. It was this outlook to problem solving that he passed to his daughters, one of his greatest gifts to them. He was a huge Ohio State Football and Cleveland Browns Fan, which he enjoyed watching with a fine Bourbon. Later, he discovered the joy of computers, smart devices, and watching for eagles along the Lake Erie shoreline.  He had an offbeat sense of humor that left a lasting impression on friends and those he met.

He is survived by his daughters, Gina Spencer, and Rachelle Spencer; sister, Cheryl (Jerry) Ramsey; brother, Paul Spencer; brother-in-law, Don (Marge) Kurilec. He was preceded in death by his wife of 49 years, Rachel (Kurilec); his parents; and brother-in-law, Steven Kurilec.

A private graveside service will take place at Madison Memorial Cemetery. Behm Family Funeral Home of Madison is assisting the family. Online obituary and condolences may be viewed at www.behmfuneral.com

To leave a condolence, you can first sign into Facebook or fill out the below form with your name and email. [fbl_login_button redirect="https://behmfuneral.com/obituary/roger-spencer/?modal=light-candle" hide_if_logged="" size="medium" type="login_with" show_face="true"]
×