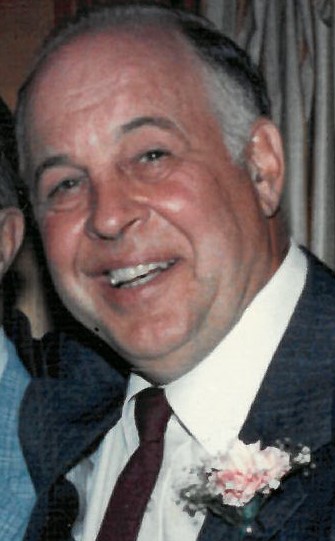 Bob was a proud veteran, having served in the United States Army as a paratrooper. He and his wife were members at St. Cyprian Catholic Church in Perry from the Parish beginning. He loved tinkering with anything mechanical. Bob worked for 20 years at Rayon and retired from Fasson in 1993 after years of dedication. He played softball in the industrial league for both Rayon and Fasson. Bob enjoyed hunting, fishing and gardening. He was a master finding ground water with a willow branch, known as water dosing, or water witching…proving the practice to be fact!

Mass of Christian Burial will be 11 am Thursday, January 12, 2023 at St. Cyprian Church, 4223 Middle Ridge Rd in Perry, celebrated by Father George Kusy. Final Resting place will be Perry Cemetery. Special thanks to the Concord Rehabilitation Staff for their gentle and loving care.

To leave a condolence, you can first sign into Facebook or fill out the below form with your name and email. [fbl_login_button redirect="https://behmfuneral.com/obituary/robert-bob-a-rusnak/?modal=light-candle" hide_if_logged="" size="medium" type="login_with" show_face="true"]
×